By parentreviews
Published on July 9, 2022

We all know someone who is carrying the burden of being a single parent. Did you know that America has the highest percentage of single parent households? Sad to say, there are 10 million households, or 23%, where kids under 18 years old are being raised by one parent. Here are some more single parent statistics you might find interesting.

“Breathe darling, this is just a chapter. It’s not your whole story.”

There are some big differences between single mother, and single father statistics, but we are going to dive into statistics for single parent homes as well as single parent children.

In 2019, almost a quarter of U.S. children under the age of 18 live with one parent and no other adults (23%), more than three times the share of children around the world who do so (7%).

Montana has the least number of single-mom households in the US, comprising only 4.5% of households. (Stacker, 2021)

Single Parenting During The Pandemic

During the pandemic, children of single-parent households reported more behavioral problems (55.6%) then children from other households (50.5%). These children also report experiencing more anxiety (32.2%) than other households (25.4%). (Center for Translational Neuroscience at the University of Oregon, 2020)

More single parents (32%) have become unemployed during the pandemic than other households (25%). (Center for Translational Neuroscience at the University of Oregon, 2020)

The costs of childcare have increased by 47% in the US, making it hard for single parents to work during the pandemic. (Center for Translational Neuroscience at the University of Oregon, 2020)

The percentage of single parents who struggle to pay for food and housing utilities (33%) has nearly doubled during the pandemic. (Center for Translational Neuroscience at the University of Oregon, 2020)

The percentage of single parents who are experiencing difficulty in paying for childcare (11%) has nearly tripled during the pandemic. (Center for Translational Neuroscience at the University of Oregon, 2020)

Single-parent households had the most difficulty in paying for utilities (56.5%), followed by housing (50.6%), then food during the pandemic f(46.7%). (Center for Translational Neuroscience at the University of Oregon, 2020)

64% of single parent households are from Black or African American dependents, 52% from American Indian, and 42% Hispanic or Latino. (Financesonline)

More than one-third of young black women (36%) from intact families have had a college degree by their late twenties; the share among black women raised by single parents is 18% and among stepfamilies is 25%.  (Ifstudies)

As young adults, those growing up from nonintact families are twice as likely to have been incarcerated compared to those from intact families, regardless of race. For both black and white children, growing up in a home with your two parents seems to reduce your risk of poverty and prison in about the same way.(Ifstudies)

Children growing up with intact families are more likely to graduate from high school and complete college compared to those who were raised in blended or single-parent homes.(gillespieshields)

Single-parent families usually have less disposable income for additional educational assistance such as tutoring, buying computers or reference materials for the home. Because of the limited funds, children from these households are also less likely to be involved in extra-curricular activities, which can hinder their chances of getting a scholarship.(everydayhealth)

Children from single family homes tend to get lower grades, suffer more absenteeism, and have more problems relating to peers and teachers. Their drop-out rate is higher, and they’re less likely to attend college (Psychology Today).

Children raised by one parent are also more likely than their peers to exhibit problems like increased aggression and anxiety and to have trouble getting along with their parents.(lifestyle)

It’s Not All Doom And Gloom

If you are a single parent reading this, please don’t think all is lost and that you have somehow failed yourself and your children. There are many people from single parent families who have remarried, and their kids, no matter the circumstance have thrived int he world. Look at President Barach Obama! He reached the highest political office in the nation, and was raised by a single mother. (howstuffworks)

“It takes a village” right?

Children who have single parents have many supporters such as extended family, communities or religious groups for support. These kids grow up and will have a sense of responsibility to contribute as it’s so necessary in their circumstance. Other positive outcomes is the bond between parent and child. The quality time you spend together is irreplaceable and they will never forget the sacrifice you made to help raise them. 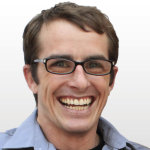